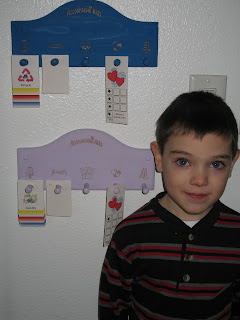 So we are still doing the Accountable Kids program.
So far so good.  I am really liking this program.  Before I had the mentality that the kids had to ask for TV/Wii/ etc. privileges and if it was near the end of the day and they hadn't been in time out, etc.  they would get it.  But it would be taken away if acting out.  Now it has completely switched.  The kids don't have those extra privileges to LOSE.  Instead they have them to GAIN.  They can do their chores and earn tickets and them use them.  When we first started the kids would ask, as they had usually done in the past, "Can I ...." and before I would think in my mind, have they been in time out? have they been helpful or ornery?.  Now I answer, "YES!  Do you have (certain number of) tickets?"  And they would realize that they were the ones in control of earning their privileges.  I no longer get asked if they can have a privilege.  It has been wonderful!
Also, I no longer have to encourage them each step of each task, for example getting ready for bed.  I leave them with the responsibility and let them experience the consequences.  And yes, sometimes they have had to miss out on things.
One example, each Friday is "family movie night" at our house.  But when I started the program an hour of movie cost 2 tickets.  I wondered if it was fair to charge for family movie night.  Then I remembered that if they were disobedient all day we would send them to bed without movie night.  So why would it be different.  They were still expected to help out around the house to "earn" movie night.  So we decided to charge 2 tickets to participate in family movie night.  Handsome chose to use his tickets earlier in the day for the Wii.  I reminded him of movie night, and made it very clear that he would have to work hard to get the 2 tickets before movie night (it was possible).  He made the decision to play the Wii.  Then nighttime came and he had failed to meat the deadline of day chores being done, and missed a ticket.  He couldn't participate.  He cried and cried, but the consequence was there, he made the choices he had to deal with the consequence.  It was nice, I was taken out of the equation, it wasn't me punishing him, he made choices and had to deal with the consequences.
On a scale of 1 to 5, I would give it a 4.5 (I am VERY picky and really never give a perfect score, because really is anything truly PERFECT?)
I'll write later about how we are using it and adaptations we made to help our young family.
Posted by the Rowleys at 9:01 AM 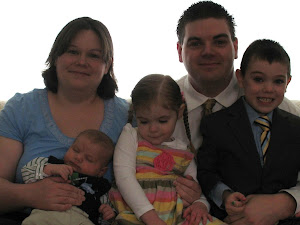 "Wherefore, be not weary in well-doing, for ye are laying the foundation of a great work. And out of small things proceedeth that which is great."
Doctrine and Covenants 64:33

The faces of the little ones I am privileged to work with every day! 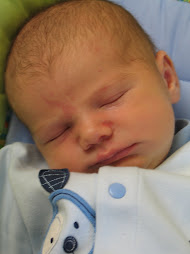 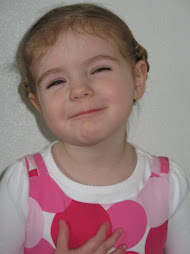 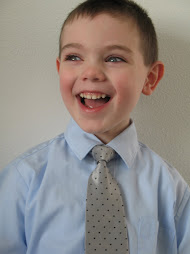 "Time is of the Essence"

Now is the time to get things done...
wade in the water,
sit in the sun,
squish my toes in the mud by the door,
explore the world in a boy just four.

Now is the time to study books,
flowers, snails, how a cloud looks;
to ponder "up" where God sleeps nights,
why mosquitoes take such big bites.

Later they'll be time to sew and clean,
paint the hall that soft new green,
to make new drapes, refinish the floor-
Later on... when he's not just four.

Sites that I enjoy